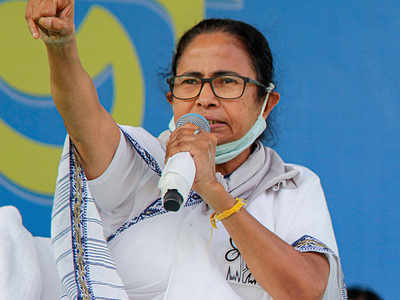 Kolkata: West Bengal Chief Minister Mamata Banerjee launching a fresh attack on the BJP-led Central government demanded a universal Vaccine programme for all and said that Rs. 30,000 crore for vaccination is nothing for the Central Government.

While addressing the State Assembly on Saturday Banerjee said, “Rs. 30,000 is nothing for the Central government… There should be a universal vaccine programme for all throughout the Ccountry.”

Eatlier, the Chief Minister had written to Prime Minister of India Narendra Modi requesting free covid-19 vaccination for all the citizens.

The Chief Minister also questioned the Prime Minister regarding the PM care fund and said, “why are they (BJP) not alloting Rs. 30,000 crores for vaccines when they are making new Parliament and statues, spending Rs. 20,000. Where is the PM CARES fund?”

ALSO READ: Now you can pay Rs 2 lakh in cash in hospitals For Covid-19 patients

Ms.Mamata digging at BJP for spending so much amount during the State assembly poll in West Bengal said, “BJP has booked so many hotels for its leaders, Ministers from Centre and other states. There was a conspiracy, all ministers landed here. I don’t know how many crores they spent on plans and hotels. Money was flowing like water here. If they give some vaccine instead of it, would have been better for the state.”

Further, Mamata said that she had written to the Centre earlier as well and asked them to allow the state to purchase the vaccine but they didn’t allow it.

Moreover, Ms. Mamata appreciate the Trinamool Congress leaders and the youths of the state for choosing TMC over other parties..

Further, Ms. Mamata said, “Despite the fact that there is no vaccine and no oxygen in the state, we received a mandate now we have to work for the people of West Bengal battling with coronavirus disease,”