New poster of Ranbir, Alia sharing an intimate scene revealed ahead of their upcoming film 'Brahmastra' 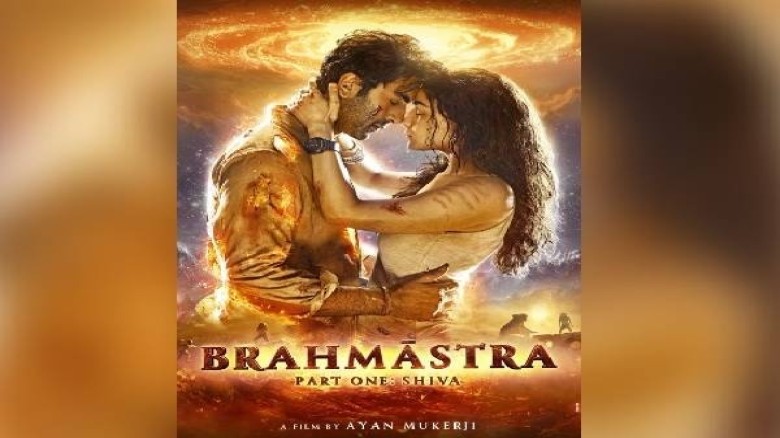 Ayan Mukerji captioned the Brahmastra poster," 'Love is the Light!"

Digital Desk: A few days before Ranbir Kapoor and Alia Bhatt's wedding, Ayan Mukerji shared a Brahmastra love poster. On the poster, Ranbir and Alia share an intimate moment and seem to be crazy in love with each other.

Sharing the poster, Ayan Mukerji wrote," 'Love is the Light!' Part One: Shiva is what this first chapter of Brahmastra is now called. But for the longest Time, it used to be Part One: Love. Because at its core, Brahamstra is about the Energy of Love. A Love - that spread like Fire, beyond the Movie, and into Life. So here it is, our Love Poster ! The Time feels Right for it There is some extra love in the air these days ! :) (And with it, a little piece of the magic of Kesariya, Pritam (Dada), Amitabh Bhattacharya, Arijit) Shiva & Isha. Ranbir & Alia. Love - The Greatest Astra! (sic)."

Alia recently shared a photo of herself with beau Ranbir Kapoor and director Ayan Mukerji. According to the photo, they went to a temple in Kashi.