In Mausoleum: Famous Personalities of India and the world who left for their heavenly abode in 2021 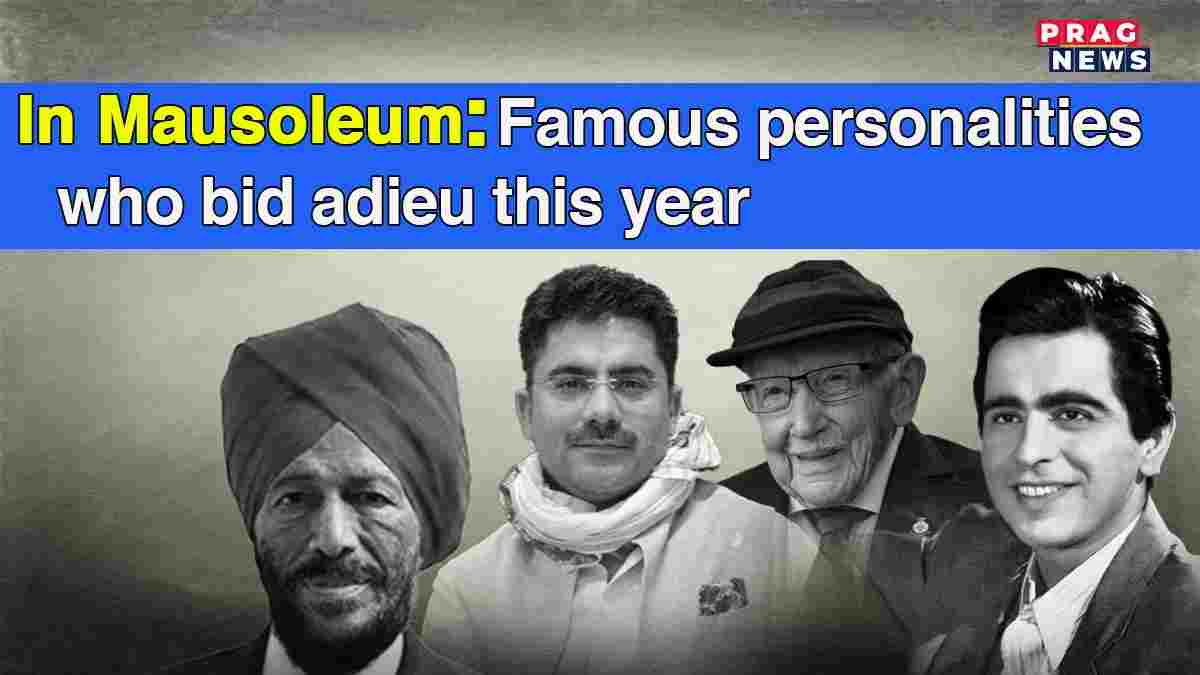 Indian Personalities who bid us adieu

Rohit Sardana, Indian journalist and media personality who passed away on April 30 due to covid complications.

Sunderlal Bahuguna, an Indian environmental activist, passed away on May 30.

Milkha Singh, also known as Flying Sikh, breathed his last on June 18 due to pneumonia caused by COVID-19.

Adperson and director Raj Kaushal passed away on June 30 after suffering a cardiac arrest. He was married to Mandira Bedi.

Legendary actor Dilip Kumar passed away on July 7, at 98. The veteran actor was hospitalized due to age-related illnesses. With a storied career, Kumar was one of the pioneers of method acting in the country.

Veteran actress Surekha Sikri died at the age of 75 after suffering a cardiac arrest. She died on July 16.

Puneeth Rajkumar, a Kannada actor who died on October 29 due to a cardiac arrest.

Eminent Journalist Vinod Dua passed away on December 4 this year.

Bipin Rawat, the Chief Defence of Staff, died on December 8 following a helicopter crash in the Nilgiris.

US talk show host Larry King died at the age of 87 on January 23; he had spent a month in hospital with Covid-19.

Lockdown legend and national hero Captain Sir Tom Moore passed away on February 2 after reaching his centenary in 2020.

British actor Trevor Peacock died on March 8 at 89 after suffering from dementia.

Fellow Harry Potter actor and Friday Night Dinner star Paul Ritter died of a brain tumour on April 5 at the age of 54.

Australian television and radio star Jonathan ‘Jono’ Coleman died at 65 after being diagnosed with prostate cancer.

The famous Rolling Stones drummer Charlie Watts died at 80 on August 24. He had been a member of the band since 1963.

Sir Antony Sher, widely regarded as one of the nation’s best classical actors, died at 72 after suffering from cancer.

The death of these personalities have left a deep impact in the world as well as India.