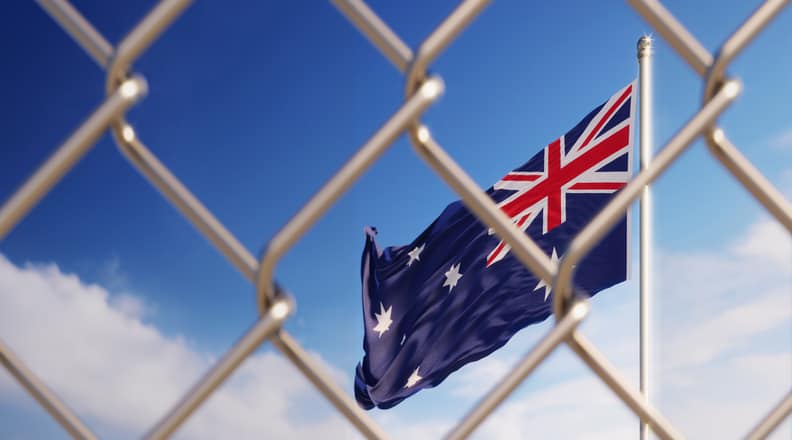 Melbourne: The Australian Government temporarily banned its citizens from entering the country if they happened to be in India within 14 days of their intended arrival. Disobeying the order will have to face hefty fine or jail of five years the official report says.

The decision was announced after a meeting of the National Cabinet on Friday and will come into force from Monday.

The move is taken by the Australian government to keep the corona virus spread in check in Australia as India is facing a surge in Covid-19 cases.

Heath Minister Greg Hunt said, “The decision was based on the proportion of overseas travelers in quarantine in Australia, who have contracted the infection in India.”

ALSO READ: UP CM: 18+ will be Vaccinated from Today at 85 centres in 7 districts.

According to report, the decision will be revised on May 15 following advice from the Chief Medical Officer (CMO)

The official statement from the ministry said “Failure to comply with an emergency determination under the Biosecurity   Act, 2015 may incur a civil penalty of 300 penalty units, five years’ imprisonment  or both .”

Moreover, the official statement said, “Our hearts go out to the people of India and Indian-Australian community. The friends and family of those in Australia are in extreme risk.”

ALSO READ: 150,000 doses of the Russian Sputnik V vaccine is expected to arrive today at Hyderabad

According to report, Australia will provide India emergency medical supplies including over 1,000 non-invasive ventilators.

Apart from that it has offered to supply a significant number of personal protective equipment (PPE), one million surgical masks 100,000 pairs of gloves and 20,000 face shields.