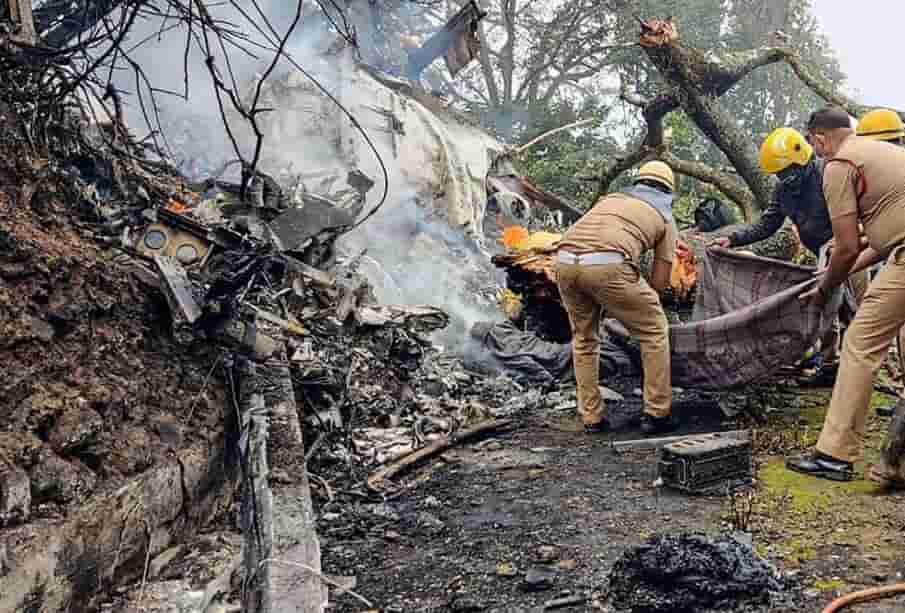 Digital Desk: The inquiry team leading General Bipin Rawat chopper crash investigation has found out that it was because of pilot error that caused the crash. "The accident was a result of entry into clouds due to an unexpected change in weather conditions in the valley. This led to spatial disorientation of the pilot resulting in a Controlled Flight Into Terrain (CFIT)," the team found after analysing the Flight Data Recorder and Cockpit Voice Recorder besides questioning all available witnesses to determine the most probable cause of the accident. Also read: Tennis star Novak Djokovic declared “public threat”, back in detention CFIT occurs when the pilot, who is on full control of the aircraft, inadvertently flies into terrain, water or an obstacle. In General Bipin Rawat chopper crash incident, the investigation found that the pilot flew into the low terrain due to foggy weather conditions. The critical distinction in such incidents is the fact the aircraft is under the control of the flight crew. A Mi-17 V5 helicopter carrying Gen Rawat, his Madhulika, and 12 other armed forces personnel – from the Sulur Air Force base in Tamil Nadu’s Coimbatore to the Defence Staff Services Colleges in Wellington crashed on December 8. Also read: OMG! Weaver weaves saree that gets perfectly fit inside a matchbox The inquiry conducted by the tri-defence services, led by the country’s top helicopter pilot Air Marshal Manvendra Singh, into the Mi-17 V5 accident has submitted its preliminary findings. The Court of inquiry ruled out mechanical failure, sabotage or negligence as a cause of the accident.