Bangalore : Father immolates son for failing to account for 1.5 Crore 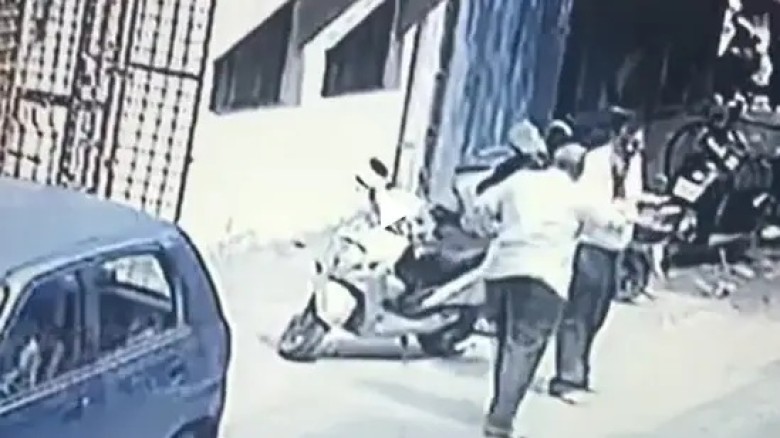 Arpit is seen running down the street in the footage, and he apparently shouted out for aid, claiming that his father had lit him on fire. Locals raced to Arpit's aid

Surendra's neighbour, who was there at the moment and witnessed the incident, reported it to the police. A CCTV recording of the event shows Arpit moving away from his father, who follows him out of a godown and ignites his son on fire.

Surendra apparently runs a construction and fabrication company, and Arpit used to work with him. Arpit, on the other hand, allegedly neglected to divulge some account-related information.

Also Read: African Swine Fever (ASF) have been reported in Assam and in other parts of the NE

He was purportedly working in Surendra's shop at the time of the incident. Arpit allegedly refused to provide information of Rs. 1.5 crore, which enraged his father, prompting him to dump flammable paint thinner on him and then ignite him with a matchstick.

Arpit is seen running down the street in the footage, and he apparently shouted out for aid, claiming that his father had lit him on fire. Locals raced to Arpit's aid and took him to Victoria Hospital, where he received 60% burn injuries.

According to inquiries, the father and son had recurring financial disagreements over the last three months. Arpit reportedly failed to provide his father with a full accounting of cash.

Surendra has been detained and is being questioned by Chamarajpet police on the basis of a complaint lodged by his neighbour, Ambarish, a truck driver.

According to reports, he saw Surendra set Arpit on fire while speaking with a buddy in front of Babu's building on Friday last week. Ambarish is believed to have filed a police report after learning about Arpit's death.