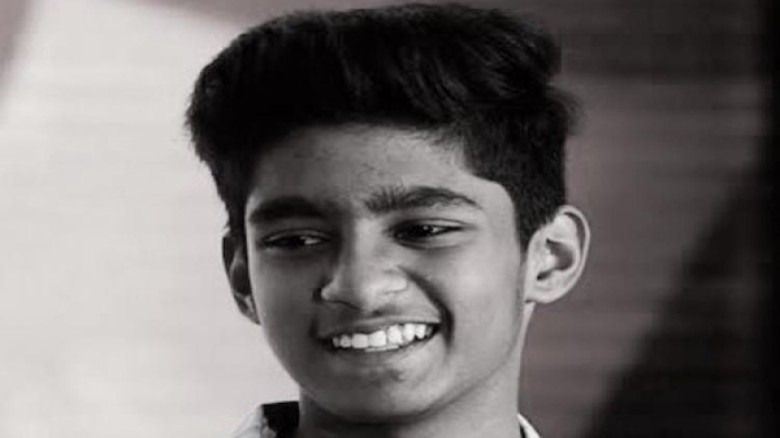 Vishwa Deenadayalan, an 18-year-old Tamil Nadu table tennis player, died in a road crash while travelling to Shillong for a tournament.

Digital Desk: An utter demise and the tragic death of Vishwa Deenadayalan, a Tamil Nadu paddler who was going to Shillong to compete in the 83rd Senior HV National Table Tennis Championship, has stunned the Meghalaya Table Tennis Association.

With the other three players, Vishwa was on their way in a tourist taxi from Guwahati to Shillong today when the vehicle they were traveling in met with an accident in Shangbangla Ri-Bhoi.

The time reported was around 1:50 p.m, a 12-wheel truck traveling in the opposite direction over the divider collided with the cab; Vishwa died tragically on the route to Nongpoh Civil Hospital. The other three were transferred to Shillong's NEIGRIHMS. Doctors say they're in fine condition and aren't in any danger.

As per information, two MTTA members are stationed in Nongpoh to ensure that all paperwork arise completed, and they will meet their respective family members at the Guwahati Airport tomorrow. The Ri-Bhoi district administration is also assisting in returning the body to Chennai.

On behalf of the entire MTTA family, the association's Vice-President Bruce P Marak and General Secretary Chiranjib Choudhury condoled the death of 19-year-old Vishwa Satyanandran, who was a promising table tennis player. He won numerous junior, sub-junior, and cadet titles in India and overseas. His death is a devastating blow to the sport in India.

Vishwa, a young player who has won multiple national ranking championships and international medals, was set to represent India at the WTT Youth Contender in Linz, Austria, beginning April 27. He had received appreciation from Sharath Kamal after training at the Krishnaswamy TT Club in Chennai's Anna Nagar. Vishwa made a smooth transition from cadet to sub-junior to junior level. He had also won the national cadet and sub-junior titles.

Meghalaya Chief Minister Conrad K. Sangma also tweeted- "Saddened to learn that Tamil Nadu paddler Deenadayalan Vishwa passed away after an accident in Ri Bhoi district while on his way to Shillong to participate in the 83rd Senior National Table Tennis Championship in our state."

MK Stalin, the Chief Minister of Tamil Nadu, has expressed his condolences for the death of 18-year-old table tennis player D Vishwa; Stalin has announced a solatium of Rs 10 lakh from the Chief Minister's Relief Fund to Vishwa's family, expressing his sorrow to the young player's parents.