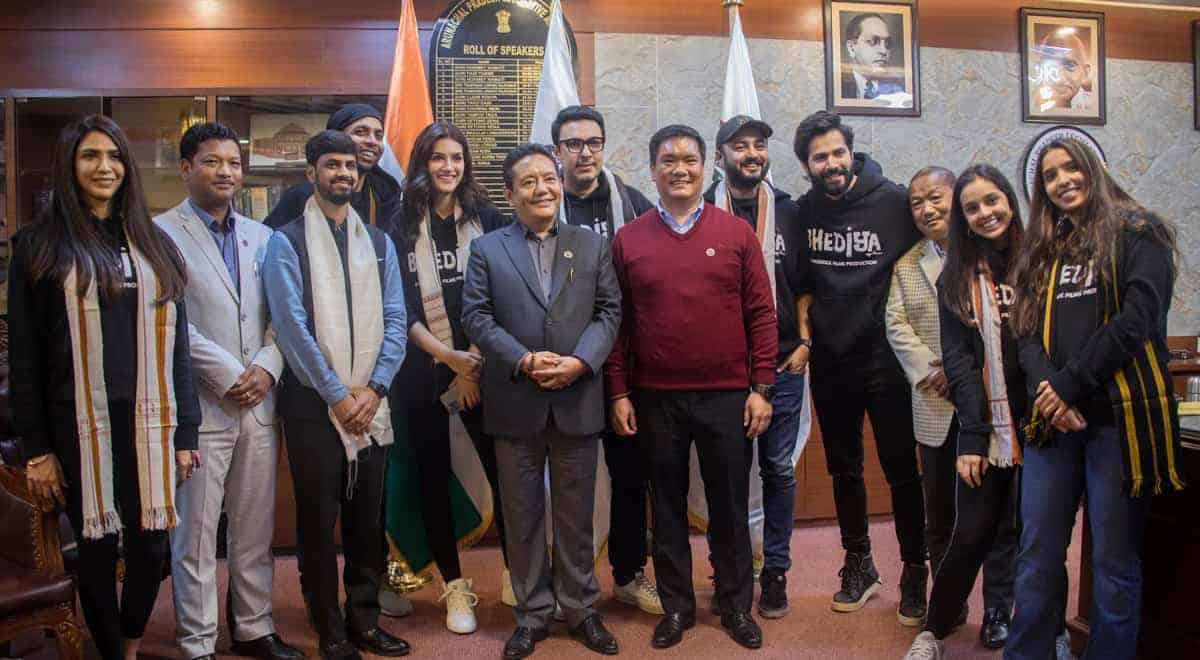 Itanagar: Bollywood actors Kriti Sanon and Varun Dhawan along with their team and crew of “Bhediya” have reached the eastern ramparts of India that is in Arunachal Pradesh to shoot for their film.

The team is here for their upcoming horror drama “Bhediya” at various locations in Arunachal Pradesh.

Director of ‘Bhediya’, Amar Kaushik, who had grown up in Arunachal, was also present, along with the producer of the film, Dinesh Vijan.

During the meeting, they discussed on ways to promote Arunachal Pradesh through films and cinemas.

“It has been my dream to come and shoot in Arunachal. It’s a day of great pride for me that today I am here. People staying in cities honestly don’t know much about Arunachal or what’s happening here. But once I got attached to this movie, and our director, I learned about Arunachal and how it is a part of our film. I think it’s high time we connect the youth of our country to Arunachal,” Varun told media persons in Itanagar.