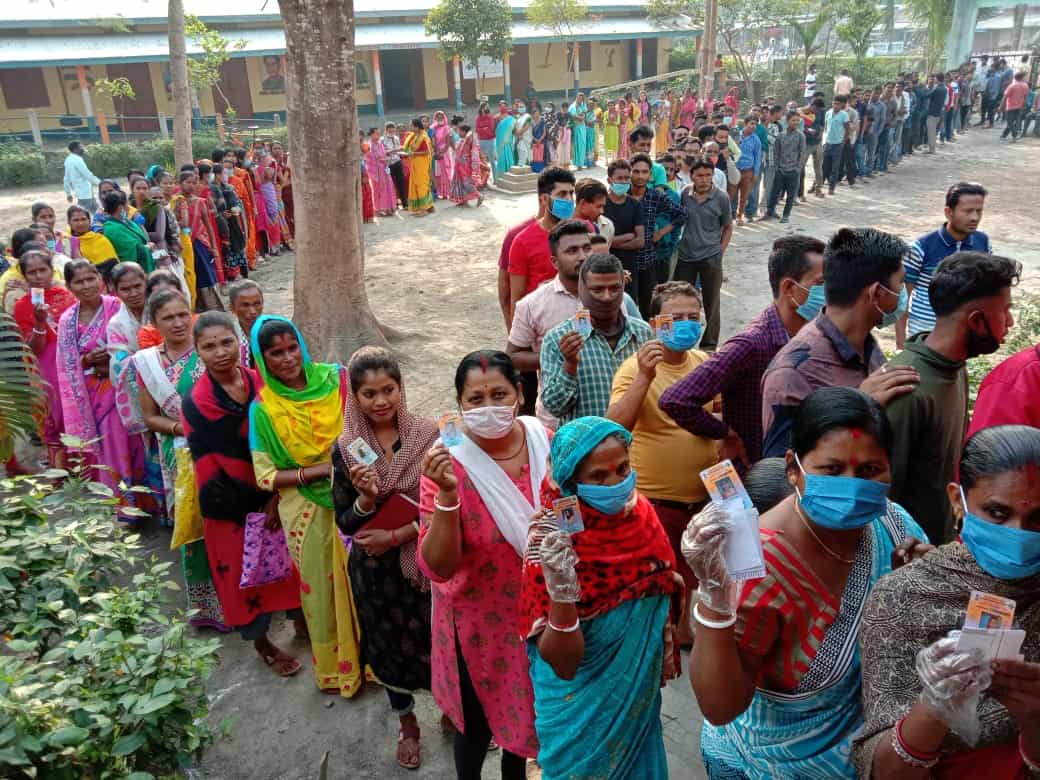 Guwahati: The much anticipated Assembly Elections for the first phase begun on Saturday with people coming out in huge numbers to exercise their franchise. Polling is being held in 47 of the 126 constituencies in Assam for the first phase.

Assam will be witnessing a triangular fight between the ruling BJP-AGP alliance, the Congress-led opposition grand alliance and the newly formed Assam Jatiya Parishad (AJP). Chief Minister Sarbananda Sonowal is among the high-profile candidates in the first phase. Mr Sonowal is contesting from Majuli (ST) seat where he is locked in a direct contest with three-time former Congress MLA and former minister Rajib Lochan Pegu.

BJP is contesting 39 of the 47 seats in this phase and ally AGP (Asom Gana Parishad) 10. The two parties will go head-to-head in a “friendly contest” in two seats. The Congress – at the end of a ‘mahajot’ (grand alliance) – will contest 43 seats, with one each for the AIUDF of Badruddin Ajmal, the Rashtriya Janata Dal, the AGM and the CPIML. A third option for voters is the fledgling Assam Jatiya Parishad (AJP), which was formed last year by the All Assam Students’ Union and the Assam Jatiyatabadi Yuva Chatra Parishad.