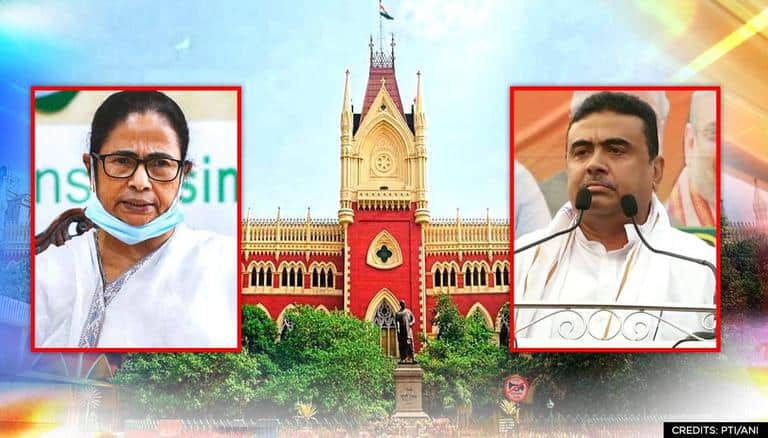 Kolkata: Chief Minister Mamata Banerjee has filed a petition in the Calcutta High Court on Thursday against BJP MLA Suvendu Adhikari, challenging the result of the Nandigram Assembly constituency where she lost to him by a margin of mere 1,956 votes. This was Banerjee’s first electoral loss in 32 years.

The case will be heard at 11 am on June 18, Friday by Justice Kausik Chanda.

On Sunday, the Bengal CM said the allegation of post-poll clashes was a political strategy She said that she had written to PM Narendra Modi three times to recall the governor, but the PM didn’t respond to her.

The defeat in Nandigram was a blow to Banerjee who led her party to a landslide victory in the West Bengal assembly election with 213 of the 292 seats. Soon after the results were declared Mamata had made it clear that she suspected foul play in the counting process in Nandigram and would move court.

Moreover, the CM had sought a recount after the West Bengal assembly election results were declared on May 2, but the Election Commission didn’t allow it. After it, the CM claimed that the returning officer who turned down to recount was threatened by the BJP party.

However, till now in this context BJP leader Suvendu Adhikari didn’t comment anything on the development.