A broad spectrum of #MIvGT memes dominated Twitter, from unabashed joy to the agony of not progressing to the next round of the competition.

Digital Desk: Mumbai Indians (MI) defeated Gujarat Titans (GT) at the Brabourne Stadium on Friday in a nail-biting climax. The way the club at the bottom of the points table overcame the table-toppers, though, sent cricket fans into a frenzy, sending them on an emotional rollercoaster and sparking a slew of jokes online. 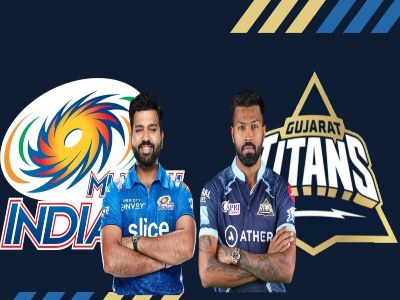 Pandya, who chose to bowl first after winning the toss, battled as skipper Sharma slew with his bat but fell short of the half-century mark.

Despite this, they set up 177 in 20 overs due to his combination with Ishan Kishan and a brilliant knock by Tim David.

Gujarat appeared to have things under control at first, thanks to excellent blows from Shubman Gill and Wriddhiman Saha. Things changed quickly after their dismissal, with skipper Pandya and Rahul Tewatia receiving courtesy run-outs. Finally, paceman Daniel Sams performed the impossible by defending nine runs in the penultimate over to assist his team win their second match in a row.

While some praised the Hitman's return to the field, others mocked him with 'filmy' jokes, claiming he didn't strive hard enough against his former mates. 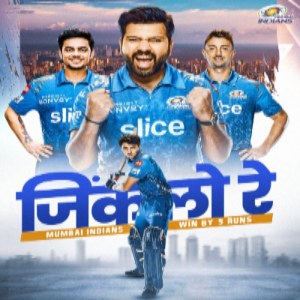 Others used a Bollywood comparison to demonstrate how MI had lost to most other teams but had defeated the table toppers in two consecutive matches.

The overall scope of #MIvGT memes dominated Twitter, from sheer joy to disappointment at not making it to the next round of the competition. Here are some of the more amusing reactions:

Mumbai Indians (MI) will next face Kolkata Knight Riders (KKR) on the 9th of May at Dr. DY Patil Sports Academy, Navi Mumbai. It will be the 56thmatch of the IPL 2022 Championship.